"The knowledge of how to give birth without outside interventions lies deep within each woman. Successful childbirth depends on the acceptance of the process."

Childbirth is in your DNA. Every woman is part of an unbroken maternal line, stretching back to the beginning of our existence as a species. You have countless grandmothers, great-grandmothers and great-great-great-great grandmothers who all birthed successfully, or you wouldn’t be alive right now. Your body knows instinctively how to give birth, just as it knows how to nourish and sustain your baby during pregnancy. Your baby knows when to be born and (in most cases where baby and mother are healthy) labor will begin when the baby’s brain and lung development is finished. Additionally, your partner knows instinctively how to help you feel loved and safe and adored; their job is to protect the birthing space so that labor can progress unhindered and uninterrupted.

In class, our couples will learn to use their own unique birthing instincts as hypnotic anchors to deepen relaxation and focus. This is called Birth Instinct Anchoring, and it’s a key skill differentiating Curtis Method from other birth hypnosis programs. It’s simple to learn, easy to practice, and it works. Through your daily practice you’ll create a conditioned relaxation response to natural simple things; opening and closing your eyes, swaying your hips, changing positions, vocalizing, breathing, resting, etc. When women learn to embrace (rather than repress) their instinctive sounds and movements during labor, they are truly able to birth unhindered, and without fear. For most women, an active, vocal labor is also the most comfortable, positive, healthy labor. Some birthing moms may feel more powerful and relaxed while quiet, still, or limp and loose, which is wonderful if that’s what works for her! But “quiet and still” is not the goal, nor even the ideal. During labor, you will be able to listen to the signals of your unique body and trust your intuition.

Once, in exasperation at my kids’ rowdiness in public settings, I devised a brilliant plan to help them learn to relax and control themselves. I told them that they each had an OFF button on their left shoulders, and an ON button on their right. “Like a robot!” I told them, “Isn’t that fun?” Then I explained that every time I pressed their OFF button, their bodies would go totally still and quiet, like a robot that has been powered-down. They wouldn’t be able to move or talk until I pressed the ON button on the other shoulder. We practiced it for a couple of days before trying it out in public, and guess what? It worked wonderfully!

Our little game is actually a simplified version of the practice of Anchoring in hypnotherapy. Birth Instinct Anchoring is a technique that enables us to create a conditioned, positive response to a chosen stimulus (in our class we are using the shoulder press, along with the laboring mother’s natural movements, sounds, and other birthing instincts). This technique is a key element differentiating Curtis Method from other birth hypnosis programs.

When I first started attending births, I was teaching a different method of birth hypnosis that focused on becoming “loose and limp, still and calm, relaxed and at ease” which was usually pretty effective for early labor, and useful in between expansions, but it was completely counter to the mother’s instincts in later labor as sensations intensified. I found, over and over and over, that women needed and wanted to be vocal, to be active, to move and sway and dance and moan. I discovered that prompting her to go “limp and loose” caused her to have to fight with these involuntary impulses, which of course caused her further discomfort and diminished her confidence in her wise birthing body. So I changed tactics, and taught my couples to go into deeper and deeper relaxation as their bodies moved rhythmically. It worked beautifully, and my couples’ births became more comfortable, more empowered, and they had less need of anesthesia and medical intervention.

What is the theory behind Anchoring?

Ivan Pavlov (1849-1936) was a Russian scientist who created a series of experiments to explore how digestion works in mammals. As part of his work, he began to study what triggers dogs to salivate. In Pavlov’s experiments, the researchers who fed the dogs wore white lab coats. Pavlov noticed that the dogs began to drool whenever they saw white lab coats, even if there was no food in sight. Pavlov wondered why the dogs salivated at the sight of lab coats, and not just when presented with food. He developed a study in which the researchers rang a bell every time they brought food to the dogs. By doing so, Pavlov associated the ringing sound of the bell to food. Pretty soon, just ringing a bell made the dogs salivate. The numerous repetitions conditioned the dogs to respond to the ringing bell just like how they respond to food.

Natural Anchoring refers to the unintentional creation of an association between a feeling and a sensory experience such as a touch, movement, gesture, sight, smell or sound. Anchoring works because we form natural associations between feelings and external things every day, and every day our anchors remind us of those feelings. For example, suppose you take a vacation and wear the same perfume each day of your time there. In years to come, every time you smell that perfume, it will bring back strong memories of your trip. You didn’t do anything to create the link, and you can’t stop it happening — that is a natural anchor.

In the practice of hypnotherapy, anchoring is a technique that helps us create a desired conditioned response to any action, thought, signal, gesture or other stimulus. Just as salivating is a natural response to eating, moving and vocalizing are natural responses to the birthing process. We can create a conditioned relaxation response to those birthing instincts, through the practice of anchoring. By conditioning responses to unique anchors, we are able to deliberately get into specific states just by triggering the unique anchor. Just like Pavlov’s dogs. Our Birth Instinct Anchoring technique uses this natural ability to create associations. Anchors are everywhere in our lives. The more times an anchor gets reinforced, the more often it gets repeated, the stronger that anchor becomes.

You can make almost any external or internal stimulus into a hypnotic anchor. For example, you could tell yourself each morning: “Whenever I open my fridge I feel a strong desire to eat healthy, nourishing foods.” Repeat this phrase to yourself several times. Write it down on a sticky note, place it on your fridge, and then practice using the anchor by choosing healthy foods each time you open the fridge. In time, it will become a learned response, and choosing healthy foods will become easier for you. You can create as many anchors for yourself as you want! You can use this skill throughout your life to affect positive change and growth.

Join our VIP list to receive the latest news and updates from HypnoActive Birth. Don't worry, your information will not be shared.

We hate SPAM. We will never sell your information, for any reason. 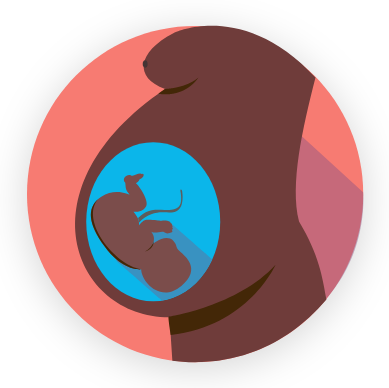